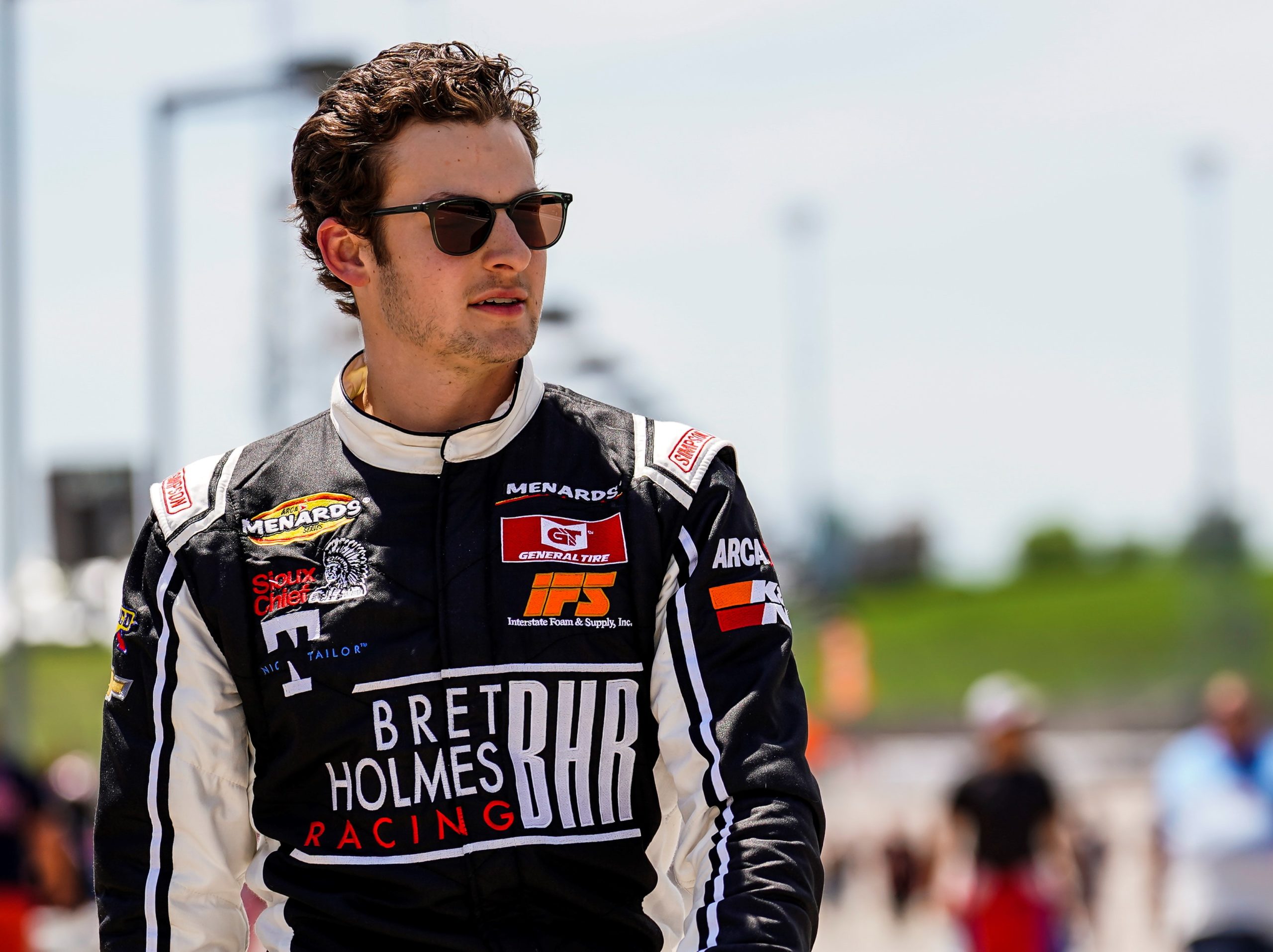 Mosack is currently in his second year competing for TeamSLR in the TA2 division of the Trans Am Series presented by Pirelli, and the 23-year-old shined in his maiden Xfinity Series race June 4 at Portland driving for Joe Gibbs Racing. In that race, Mosack climbed from his eighth-place starting spot to run as high as second on the wet and treacherous 1.967-mile, 12-turn road course. He finished third in the first stage and was poised to race among the top-three before getting caught up in a multicar accident 13 laps into the final stage. Mosack turned heads nonetheless, and as the Camping World Truck Series makes its first visit to another iconic road course this weekend, expect Mosack to again put his road-racing background in the Trans Am Series to good use.

“Road racing is where I’ve spent a lot of time over the last two years, so as I move up and compete in other series, it makes sense to do it in a discipline that I’m familiar with and have a lot of recent experience,” said Mosack, a 2021 graduate of High Point (N.C.) University with a degree in business entrepreneurship. “And I’m proud to make my Truck debut with Bret Holmes Racing. I’ve run four ARCA races with them already this season and have a lot of trust and confidence in their equipment and their people. There will still be a learning curve, but the familiarity I have with the team and road racing in general helps make that curve a little less steep.”

While the O’Reilly Auto Parts 150 marks the Camping World Truck Series’ first visit to Mid-Ohio, it will serve as Mosack’s third start at the 2.258-mile, 13-turn road course located just 60 miles north of the state capital in Columbus. The Charlotte, North Carolina-native has competed in two TA2 races at Mid-Ohio. He earned his first career TA2 podium last June and just two weeks ago in his TA2 return to Mid-Ohio, Mosack scored the pole and set a new track record.

“Mid-Ohio is a tough place because it’s easy to give up speed on every corner of the track. Every corner has a tradeoff between entry, center, and exit speed to get the best total of the three, and it really can be tough to know which way is best and to do it every time. Knowing where to place the car is also key because of the blind corners and bumps that are scattered around the track,” Mosack said.

“Of course, the best places to pass are at the end of the straightaways, into the keyhole, and turn four, but as a racer, you also know you have to be able to make a pass in the closing laps wherever you can make it happen. Some corners are definitely tougher than others, but it’s always possible and you can even catch some guys by surprise in some spots.” 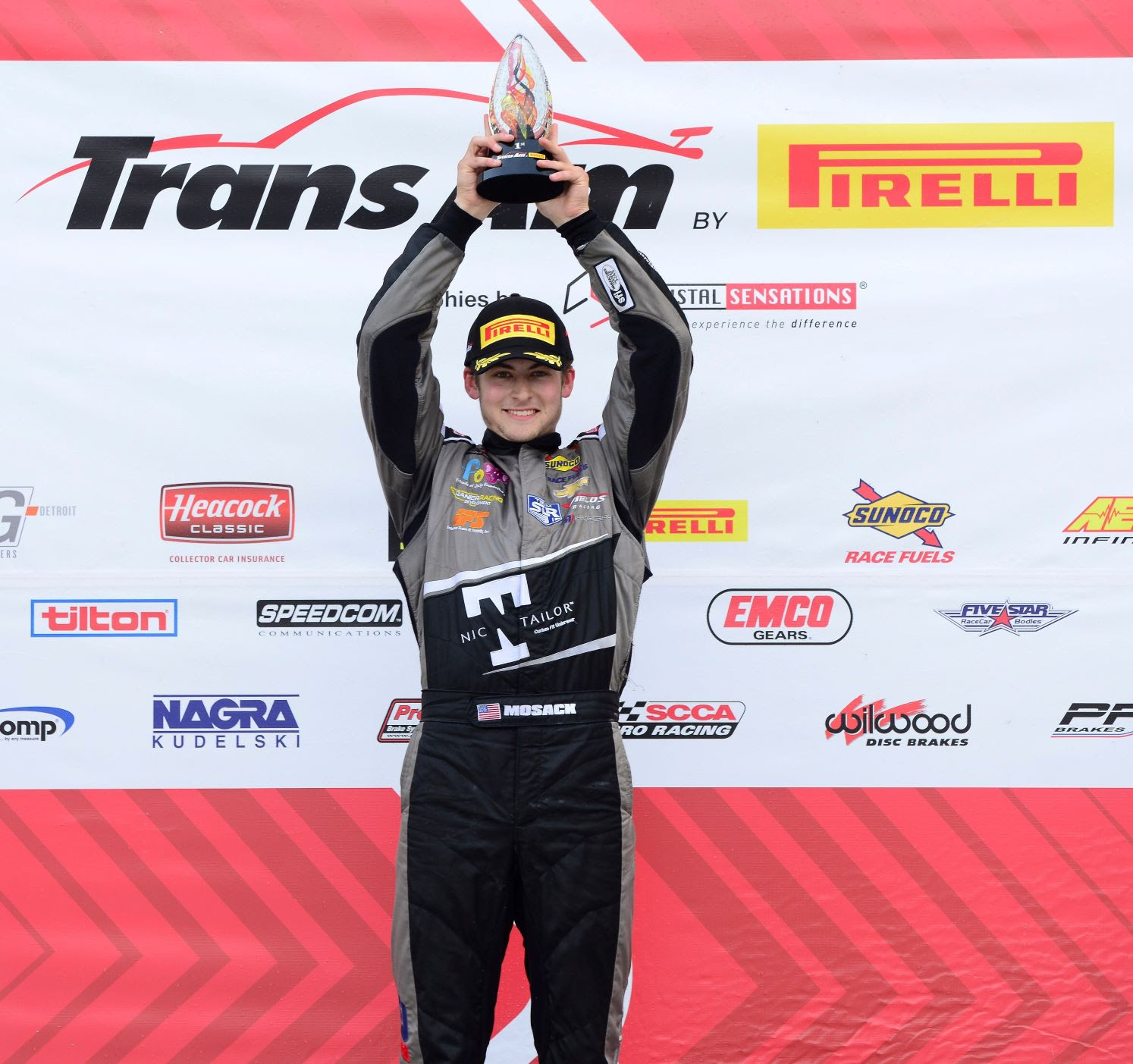 The podium Mosack scored last June at Mid-Ohio was the first of four podium finishes he earned in his final eight races of his rookie TA2 season, a run that included a breakthrough win Sept. 12 at Watkins Glen (N.Y.) International.

“I think the most helpful things I’ve gotten from Trans Am, aside from laps on road courses, is just that the top guys in that series are really strong and have years of road-racing experience,” Mosack said. “They’ve schooled me a couple of times over the last few races and I’ve been able to learn from each of those things and learn to not repeat those mistakes. It’s made me a much better racer around those guys, and I think that will correlate going against guys who are really experienced in the Truck Series.”

Unlike many of the competitors Mosack will face Saturday at Mid-Ohio, his racing career didn’t begin until he was 18. Mosack played football and lacrosse in middle school and high school, and it was during his senior year when he got introduced to Legends cars. After winning five championships, Mosack transitioned to Late Model stock cars in 2019. He ran the full Solid Rock Carriers CARS Tour in 2020, winning the rookie-of-the-year title. Mosack augmented his Late Model schedule with four TA2 races in late 2020 before committing to TA2 fulltime in 2021 while also competing in select ARCA Menards Series races.

“The first year I ever drove something was really just a blur, and I really didn’t know much of anything,” Mosack said. “Year two, we started to kind of get the hang of things and understand where we could go and what it would take. We’ve been kind of building on that ever since.”

After making his Xfinity Series debut at Portland, Mosack ran the ARCA Menards Series West race immediately afterward. He started third and finished second. It was Mosack’s fourth ARCA race of the season and the seventh of his career between the West and East divisions. However, it was his first ARCA race on a road course. Mosack has finished among the top-10 in all of his ARCA races this year, and among the top-five in his last four ARCA starts, the most recent being a third-place drive June 11 at Iowa Speedway in Newton.

“Growing up, I’ve always been into cars, but I never really thought racing was something realistic for me. I didn’t know anybody in the sport, and nobody in my family had ever raced. I didn’t know that anybody could just show up at a local racetrack and rent somebody’s car, or buy their own racecar and go out there and run it. So when that was introduced to me, I thought it was really cool, and I got to get a little taste of it, and that’s when I really fell in love with it. Once we kind of knew that was an option, we decided to pursue it to see where it could go.”

The O’Reilly Auto Parts 150 gets underway at 1:30 p.m. EDT on Saturday with live coverage on FS1 and SiriusXM NASCAR Radio. 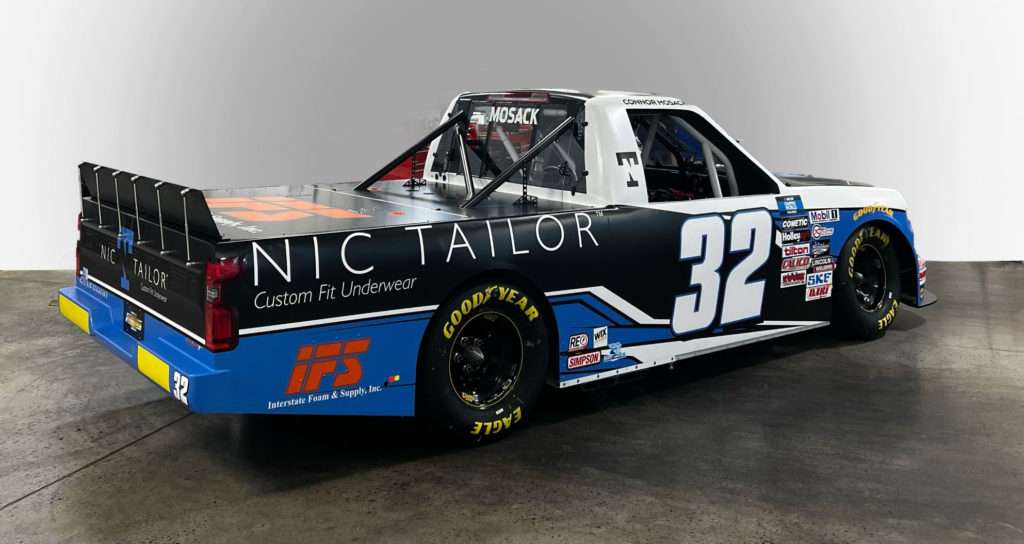